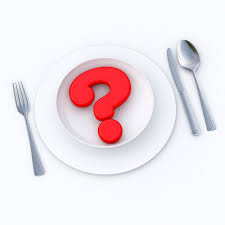 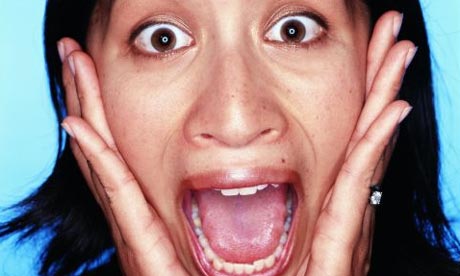 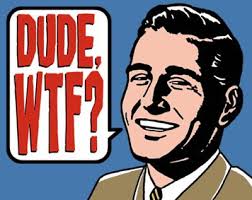 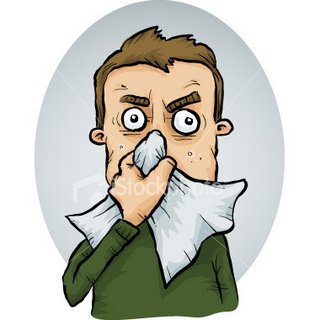 A lot of people get colds this time of year. And when you are sick with a cold – you want to sleep. But that can be tough when you are all stuffed up. So what do you do? Here are some tips from WebMD:

• Use a nasal strip. You’ll be amazed how they open you up so you can breathe.

• Take a hot shower before bed. The steam and humidity will help clear out… 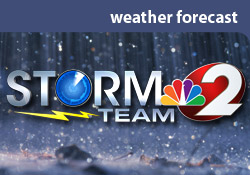 After talking with Tara Hastings this morning and although she wasn't extremely worried about the snow there was a good portion of the forecast that she was concerned about.

"I'm not so concerned with the amount of snow - I'm more worried about the dramatic drop in temps after all the rain we see today.  The roads may be icy later tonight and tomorrow.  Also the… 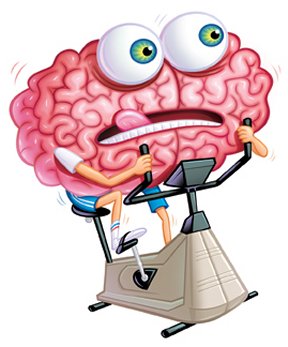 If you’re right handed, try brushing your teeth with your left. This is one simple “neurobic” exercise. A neurobic exercise involves one or more of your senses. When you change a routine, you’re stimulating a different part of your brain. According to Lawrence Katz, Ph.D. and author of “Keep Your Brain Alive,” these mental exercises help fight off the effects of mental aging… 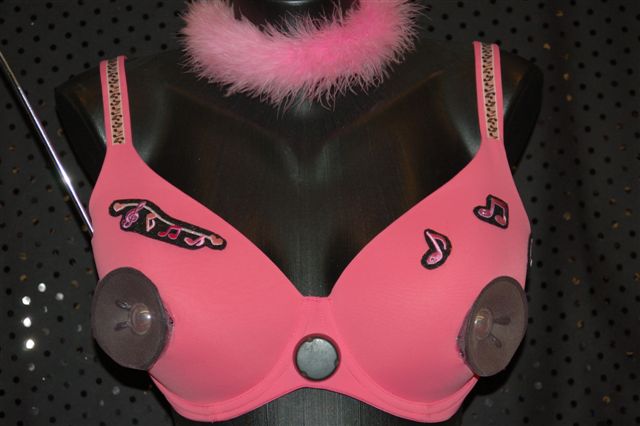 Voting has begun for Reid Bravo! You can log in today and vote for your favorite bra(s) or even text in your vote.  All of the proceeds from Reid Bravo! go to pay for mammograms for women that couldn't otherwise afford them.  The one you see is mine.  Its called Don't Tune Out Breast… 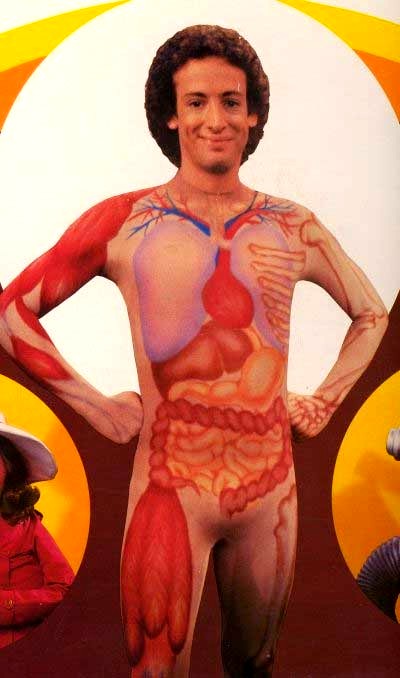 More than half of people surveyed in a recent study were so clueless about their bodies that they cannot pinpoint the correct location of their heart. Most also do not know how much blood we have, how many teeth are in our mouths or what roles our vital organs perform. Many of the 2,000 respondents questioned by researchers were unable to say what our correct body… Jesse James Thomas was out to have an epic night.  You see, the night became so awesome that he was arrested drunkenly screaming his own name while jumping up and down on a police car...oh yeah, and he was wearing a sombrero. … 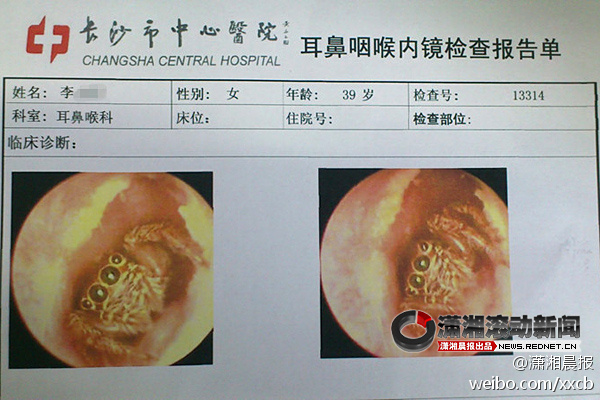 Ever have that little annoying itch in your ear?  Sure you have...we all have.  Next time it happens you'll run screaming to the nearest doctor.  A Chinese woman went to her doctor with an itchy ear.  When her doc looked in...something looked back!  They think that the spider crawled into her ear while she slept and -here's the best part- had been there for… 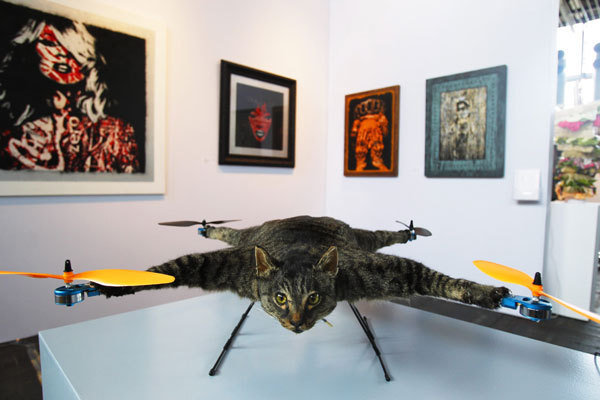 Bart had a cat named Orville.

Orville used to get stuck in trees.

Bart turned Orville into a heli-cat-pter.

Orville can be free still.

Orville still gets stuck in…

You Named Your Baby What??? The website Nameberry (with apparently waaaay too much time on their hands) totaled up their baby names and found some of the weirdest names ever...so far.  How about Cougar? Corleone? Tomorrow? You know your kid will have this name until they're 18 and old enough to legally change it...right? … 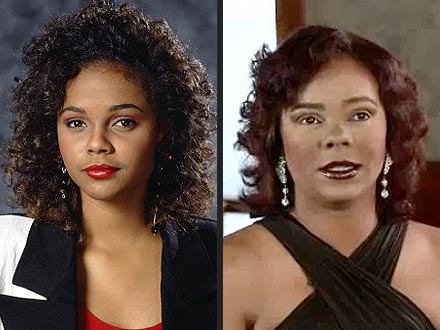 Say what you want, but you loved Saved By The Bell.  We all did.  Sure it was cheesy and the stories could be kinda lame...but c'mon...it was fun!  Zack, Kelly, Slater, Jessie, Skreech and Lisa.  There has been talk of a SBTB reunion.  I can't wait to see if the gang recognizes Lisa if she shows up.  Here's Lisa...er...Lark Voorhees during a recent… 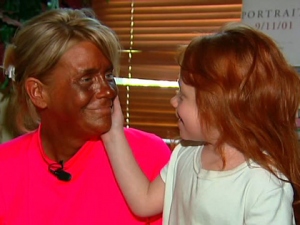 Patricia Krentcil has a serious problem.  I mean...other than looking like she is auditioning for Robert Downey Jr's mom in Tropic Thunder 2.  She has been charged with taking her daughter to the tanning bed with her.  Her daughter is 5!  For more awesome pictures of Leathery McLeather…

My Blood Type Means What?! 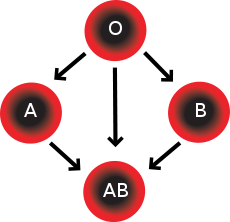 As heard this morning on the G101-3 Morning Show.

Could your blood type have something to do with your disposition and relationships? The personality connection has never been scientifically proven – but some people swear by it. In Japan, it’s common for people to ask each other “What type are you?” If you’re curious, here are…

Dancing With The Stars...of Wayne County 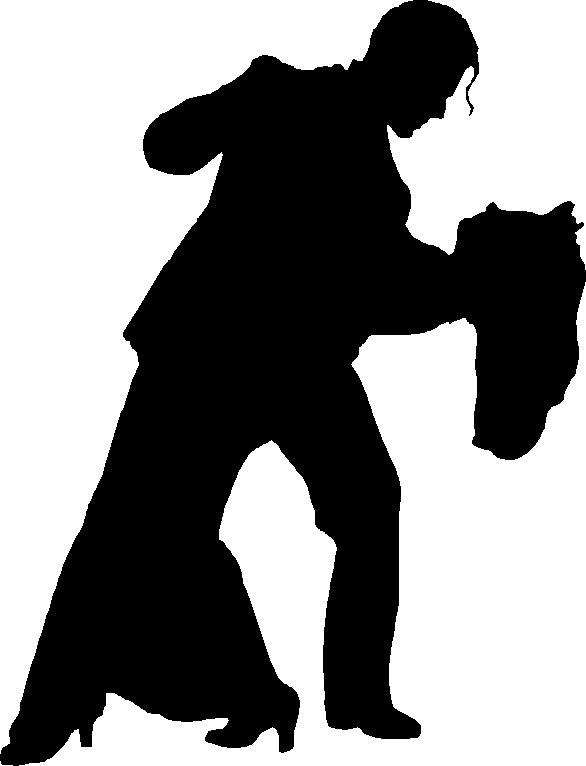 My friends at Birth To Five are holding a fundraiser and have recruited some area celebrities (and me) to dance.  Before your mind wanders too far...ballroom dance!  In Birth To Five's Dancing With The Stars Of Wayne County you can vote for your favorite couple with a donation.  The couple that raises the most money will walk away with the trophy.  Jump… 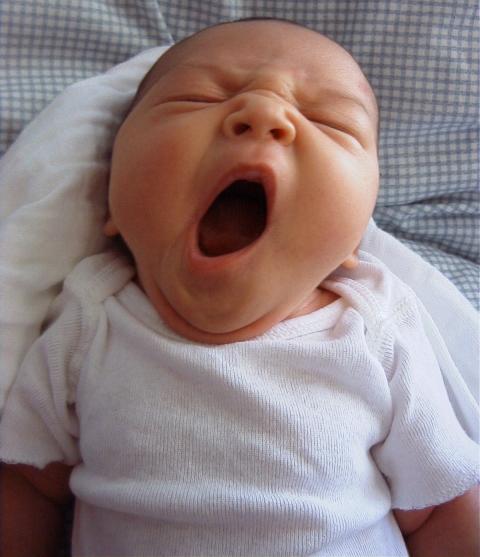 It turns out we all have a built-in like detector – it’s a yawn. Yawns are contagious and a recent study found that the sooner someone catches your yawn, the more connected they feel to you. If you’d like to test out the theory, here’s how it works. The better you know someone, the sooner they’ll catch your yawn. Family members usually react within a minute. A good… 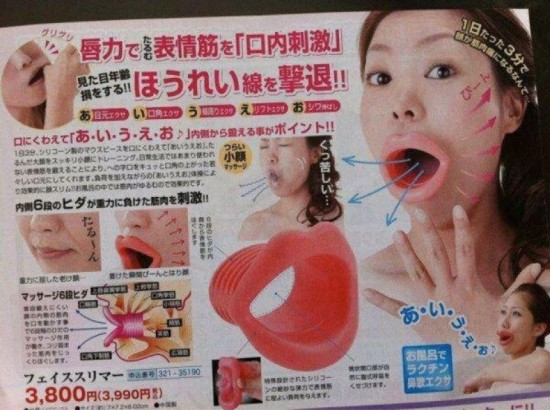 I know it looks dirty.  It looks like something that you'd buy online from a catalog that you found in a bus station bathroom (c'mon...who hasn't done that?).  But, it's actually the newest thing in weight loss technology from Japan.  It's called the Face Slimmer.  How does it work?  I ran the… 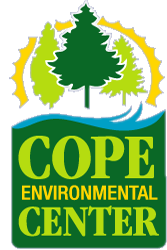